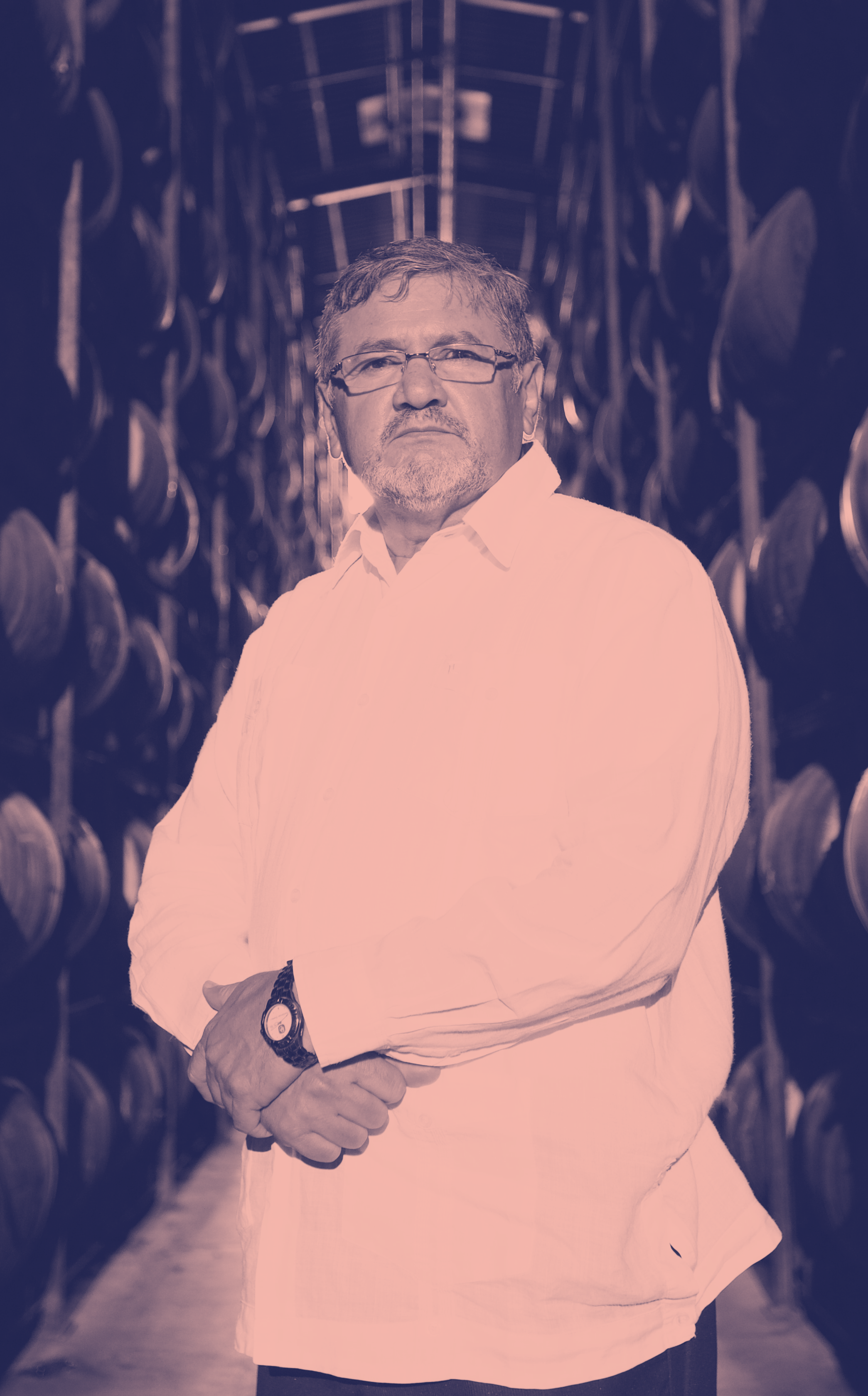 Nelson Hernández has spent the last three decades working in the spirits industry.  Over these years, Nelson has become an expert on the rum making process, noting that distillation is a science, and blending is an art—the combination of both is
what creates an excellent rum.  Born in Venezuela, Nelson studied at Barquisimeto’s Polytechnic University and graduated as a Mechanical Engineer in 1979. Soon after he graduated, Nelson began working at Venezuela’s largest oil company, LAGOVEN. After working in technical departments at LAGOVEN, he took on a new job at Licorerías Unidas S.A. (LUSA), now known as Destilerías Unidas S.A (DUSA), the parent company for Rum Diplomático. When Nelson joined LUSA, Seagram’s International owned the company, and it was one of the largest distributors of alcohol in the world. Nelson held his first position as Maintenance and Projects Manager at LUSA from 1986 to 1990, where he improved various processes to amplify production capacity. He investigated all areas of production, including distillation, barrels- filling, aging, waste treatment plants, and industrial services such as steam, electricity and water treatment. He also collaborated with Maestro Ronero Tito Cordero, who at the time was in charge of the production area. Nelson was then promoted to Packing and Bottling Manager, ultimately overseeing distribution and transportation from 1996 to 2002. In addition to this role, Nelson participated on the committee in charge of developing new products. In 2002, during the first years of DUSA, Nelson consolidated his role in the production area, to focus on bottling, elaboration, and engineering and agriculture processes. In this new role, Nelson continued to improve the efficiency of the distillery by developing projects aimed at increasing the production capacity of the distillery, taking note of all facets of the production process, including fermentation, distillation, waste treatment and stocks.

After 2008, Nelson began to advance quickly in various leadership roles at DUSA including: Production and Engineering Manager from 2008 to 2010, Demand and Production Planning Manager from 2010 to 2012, Strategic Planning Director from 2012 to 2014, and Director of Strategic Projects from 2015 to 2016, where he worked directly with the Management Board to support the increase in export sales.

Finally, in 2017 Nelson joined Tito Cordero as a Maestro Ronero for Diplomático Rum, recognizing the patience, passion, dedication, and above all a deep respect for tradition required to truly be a great Maestro Ronero.  Nelson is proud to be a part of a team whose dedication and effort produces one of the best rums in the world. In his free time Nelson enjoys sports, baseball in particular. Nelson is married with two children.